October was National Bullying Prevention Month, and as parents and school districts know, bullying is increasingly happening online. Principals across the country report bullying through “the use of computers, cell phones or other electronic devices” happens more frequently than in-person or offline bullying.

According to Cyberbullying.org, 37% of students between the ages of 12 and 17 have been bullied online. Girls were more often victims--15% reported being the target of at least four different kinds of abusive online behaviors, compared to 6% of boys. About half of LBGTQ+ students reported being cyberbullied, making these students the most frequent target of cyberbullies.

Most recently, a study found that hate speech among children and adolescents has increased by 70% during the COVID-19 pandemic.

Given how common cyberbullying has become, and with new anti-bullying legislation in almost every state, school districts need to understand the problem of cyberbullying and what they can do to combat it. 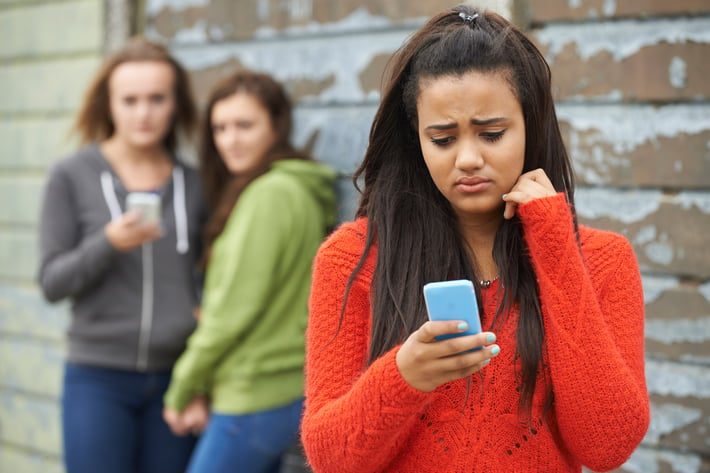 The nature and dangers of cyberbullying

Cyberbullying has devastating consequences. Children as young as 10 have died by suicide after being cyberbullied, and any type of bullying increases a child’s risk of anxiety, depression, sleep difficulties, and trouble performing at school.

Cyberbullying is arguably worse than offline bullying because of its ever-present nature. It doesn’t go away when a child leaves school for the day. Instead, bullies can use the internet to follow children wherever they go, and threats, rumors and pictures spread far and wide extremely quickly.

“Monday is the new Friday,” Nancy Willard, director of the Center for Safe and Responsible Internet Use told Scholastic. "It used to be that hurtful interactions built up over the week and would blow up on Friday. Now when kids go back to school on Monday, they are upset because of what happened online over the weekend. There's no longer time to calm down.”

What exactly is cyberbullying?

Cyberbullying is, very simply, being bullied through texting, social media, or other online forums.  Sometimes, school administrators and teachers have trouble understanding cyberbullying because of generational differences in the use of technology. Many adults are unfamiliar with social media and messaging platforms that are popular among teenagers, such as Snapchat, TikTok and Kik, which makes it difficult for them to understand how these platforms work at all, much less how they are used for cyberbullying.

According to the Pew Research Center, the three most common types of cyberbullying are:

Whether they have personally been cyberbullied or not, youth are aware of the problem. Of those teenagers who believe social media has had a mostly negative effect on people their age, 27% said bullying and rumor spreading was a central problem. 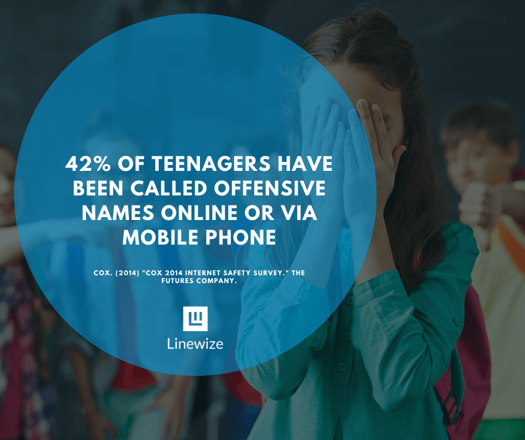 What schools can do

Cyberbullying is a serious problem that parents, school administrators, and teachers need to tackle together. Here are steps your school district can take to identify and prevent cyberbullying among their students.

Educate teachers and parents on cyberbullying and its warning signs

Make sure your teachers know how their students use social media (which varies by age, gender, ethnicity, and socio-economic status) and how online bullying affects students’ offline lives. They should also be taught not to shame the victims of cyberbullying, particularly in instances of explicit photos being non-consensually shared, which can retraumatize victims without holding cyberbullies responsible for their actions.

Your school district should also ensure teachers know the warning signs of cyberbullying. Signs include children:

Your district can also educate parents on these warning signs, by hosting informational sessions or sending educational materials home to parents.

Educate students on cyberbullying and ask them to report it

Students need to know that teachers and administrators in your district care and understand the problem. Students may be reluctant to report cyberbullying to teachers for fear of looking like a “tattletale” or a “snitch,” or because they believe a teacher won’t take the problem seriously. Further, they may fear that they will be punished and their technology will be taken away.

Make sure your teachers and administrators encourage students to take screenshots of hurtful messages or posts to share with an adult. Teachers and administrators should also educate students on how they can intervene to stop cyberbullying when they witness it. Consider establishing an anonymous way to report cyberbullying at your school district, such as a dropbox or email account.

Change the narrative around bullying. Help students understand that it is not their fault that they are bullied--they are not bullied because something about them is wrong or bad. Rather, it is that the bully is insecure and lashes out as a result. 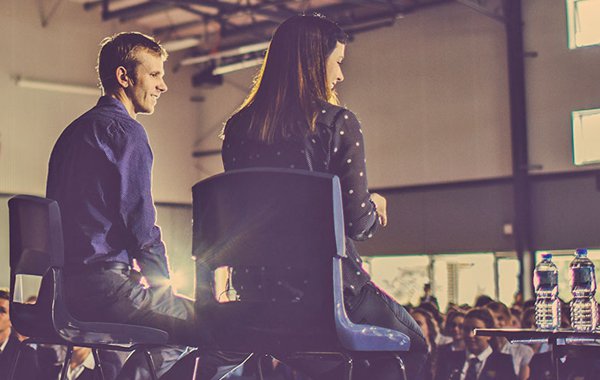 Use web content filtering or online monitoring to identify cyberbullies

Technology may be the problem, but it can also be part of the solution. Content filtering software, used by schools to prevent students from accessing inappropriate content, can include the ability to monitor students’ online activity for certain keywords and behaviors.

This means your school can automatically generate alerts and reports to inform administrators, school safety officers, or school psychologists of activity that may indicate cyberbullying--even when cyberbullies are acting anonymously.

For instance, monitoring software can cross-reference device information and time stamps to identify which students are using online forums to anonymously bully other students. This information is invaluable in eliminating doubt about who is posting what and identifying cyberbullies who may have otherwise been impossible to find. Further, search terms that may be early indicators of a student considering self-harm due to cyberbullying can be identified before it’s too late.

Search terms monitoring can provide school administrators, teachers and parents with peace of mind--no matter what corners of the internet students are in. It’s an indispensable part of keeping students cyber safe.

To learn more about keeping students safe online, get in touch with Linewize today.

Would you like some more information? Or a demo?

May is Mental Health Awareness Month, making this the perfect time for a conversation about good mental health practice in one of the ...

The following article preview was originally published on EdWeek, a data and news organization that has provided thorough and thoughtful ...

This week we celebrate Digital Wellness Day, a global initiative that encourages people to analyze and optimize their relationship with the ...

5 preventative steps your district can take to reduce school violence

Would you like some more information? Or a demo?