Among Us - the lowdown on this trending game 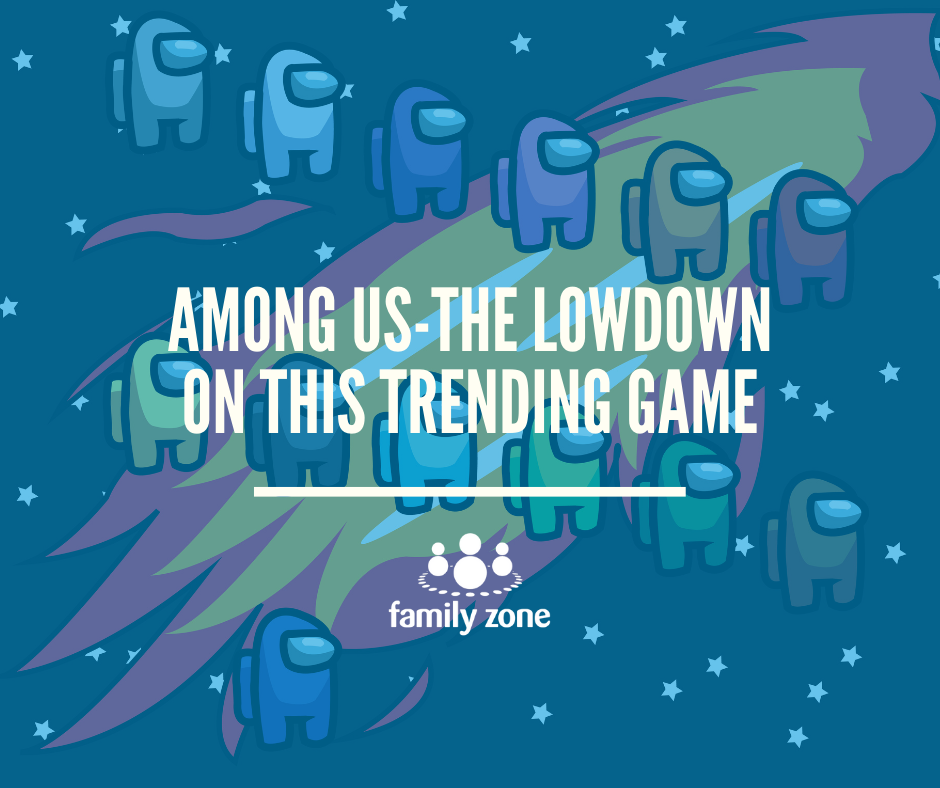 Among Us is the hottest game out there right now- cyber expert Taryn gives us the lowdown on how it works and the dangers parents need to look out for.

Among Us is a popular multiplayer strategy game with a plot that is not dissimilar to the TV series ‘The Mole’ (for those of us who can remember that far back). The game can be played on Windows PC or via the app which is available on Android and iOS devices. Most children playing the game are using the free to play app on their iPad or mobile phone.

Is the game free?

The Windows PC version of the game is for purchase but the app is free to download. Advertisements are shown in the game app and there are opportunities to make in-game purchases. Items for purchase range in price, with most falling within the realm of $3-5. Do not link your credit card or payment details to your child’s game (this of course is recommended for all games)!

What is the game about?

The game is based on a wrecked spacecraft, with the object of the game being to work in teams to make repairs to the craft. The game provides players with a series of tasks that they must complete in order to do this. But there’s a twist... one or more of the players within a team will be allocated the role of alien imposter. The Imposter’s job is to sabotage the repairs and covertly kill the crew-mates. Throughout the game, players participate in meetings where they communicate with each other to try and determine who the imposter is. During these meetings, players can vote on the suspected Imposter and the player with the most votes will be ejected from the ship. The Imposter wins by killing all crew-mates or successfully sabotaging the spacecraft repairs and the crew-mates win by successfully identifying the imposter or by completing all repair tasks.

Who do kids play with and talk to?

Strategy and teamwork are key components in this game. While players can practice completing tasks solo in ‘Freeplay’ mode, this is not the appeal of the game and children will very likely want to play with others. Players can be matched with teams via their local wifi (i.e. play with others on the same wifi network as them) or online. When playing online, players can choose to:

Players can only chat through the game when a ‘team meeting’ is taking place. Team meetings are held regularly throughout a game to strategise and discuss the identity of the imposter. During team meetings, communication amongst all players in the game takes place via a group text chat.

Whilst Among Us doesn’t offer voice chat during the game, players will often use a separate chat platform such as Discord to communicate verbally with others while playing.

What are the risks?

Interacting with strangers: Children have the ability to join games with strangers and communicate with them through the in-game chat. Whilst giving your child boundaries around who they are allowed to play with, showing them how to set up private games, and supervising offers some protection, you cannot turn off the ability to join public games all together, meaning that none of these precautions are fool-proof.

Inappropriate gamer names: There have been reports of players setting inappropriate or derogatory multiplayer usernames. These usernames are visible to all players within a game.

Violence and gore: This is not a major concern as graphics are cartoonish and visuals of blood and gore are minimal, however, kill methods are fairly violent and could be frightening for younger users.

Screen time: As with many online games, this game is characterized by short play sessions and prompts to ‘play again’. Getting kids off the game and managing screen-time may be difficult for some.

The lack of in-game parental control tools and the ability to connect with and talk to strangers does leave a lot to be desired when it comes to the safety of this game. A few things that parents can do to improve safety for children playing include:

Interested in managing screen time and the games your kids can play? Family Zone can help.

Previous post
Digital defiance: How to keep your cool when kids break the rules
Next post
Hate-following: Why we love the drama