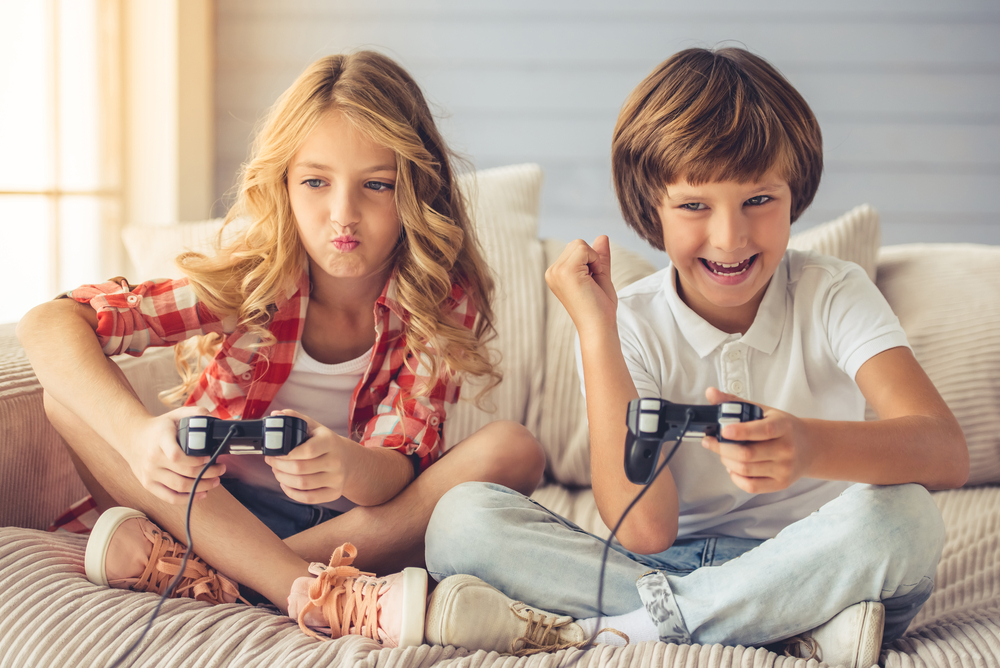 We all know about the dangers when gaming goes into overdrive. When kids (and sometimes their parents) become so obsessed with getting to that next level, their interest in real-life itself can take a serious hit.

But focusing on the negative can obscure an equally valid finding: which is that gaming can also be a powerful way to relieve stress and refresh us to re-engage. And that goes for kids and adults alike.

According to the Entertainment Software Association,

More than half of us played video games in 2020 - and the industry has seen a US$20 billion spike over the past 12 months. And yes, of course, a good part of the boom has been driven by pandemic restrictions. Yet experts are doubtful that the upward trend will reverse itself any time soon. Or ever, really.

The upside of escapism

Recent studies are suggesting that might not be such a bad thing. Are video games a form of escapism? Definitely. But so are most movies, board games, TV shows, books, and plays - at least at some level. Just because a symbolic experience takes us “out of ourselves,” as we like to say, doesn’t make it dangerous. In fact, it’s just the opposite.

A good game - just like a good book - can enlarge our experience, taking us to places that expand our imaginations, even encouraging empathy by symbolically putting us in the shoes of another. And the research is starting to bear all this out.

The good news on healthy gaming

A recent National Institutes of Health study, for example, found that gaming can reduce the symptoms of depression. (Granted, it also found violent, shooter-style games can cause adrenaline to surge. No surprise there!).

More evidence of the health benefits of certain types of gaming emerged from a study published in February in the journal, Royal Society Open Science. At least for gamers playing simple games like Animal Crossing: New Horizons and Plants vs. Zombies, the authors concluded there was “a small positive relation between gameplay and affective wellbeing.”

A journal called Games for Health clearly takes a point of view on the matter. At the same time, it's a serious, peer-reviewed publication. A recent report reviewed the findings of 13 studies on the impact of gaming on stress, anxiety, and overall mental health.

The review found “significant improvements” in mood and stress after subjects played games that were “simple, easy-to-use, and casual.” Strikingly, these mental health outcomes were better than those observed after a passive break like watching TV, surfing the web, or participating in a relaxation activity.

It's easy to demonize gaming and to lose sight of its benefits, say researchers.

University of Sydney gaming researcher Marcus Carter warns that too much emphasis on the risks associated with gaming can itself have negative consequences.

"If we paint all digital play with this broad brush of addiction, a lot of kids are going to miss out on some of those benefits and they're going to be anxious about why something that they really enjoy and is positive in their lives is being called addictive and bad," Dr. Carter told the ABC recently.

Benefits for adults, too

And the support for that perspective is mounting - and not with respect to kids. Many gaming psychologists - yes, that’s a thing - see benefits for adult stress relief and self-care as well. Psychologist Megan Connell, for example, recommends games like Stardew Valley for adults looking to unwind and relax.

“I find this game helpful as there are goals, yet there isn’t stress or pressure to get to all of the goals. There are also many different ways to play and there isn’t one that is better than any other.”

That freedom, flexibility, and lack of pressured goals are qualities that may differentiate healthful games from riskier ones.

The bottom line? Gaming is, first and foremost, a form of play. And that’s an essential element for a balanced, creatively satisfying life for all of us.

Previous post
Is a game ruining your family's life? Don't blame your child or yourself
Next post
Looking for a 100% kid-safe app? Sorry, there's no such thing