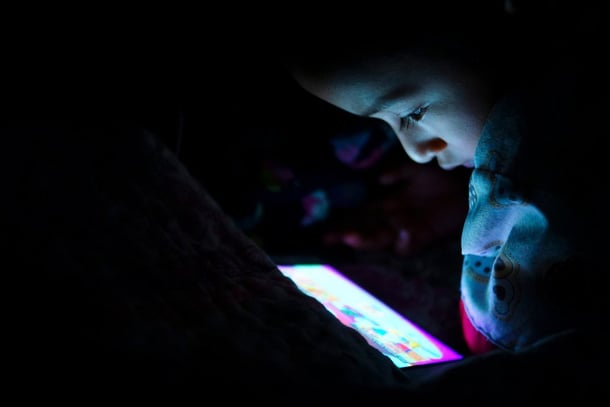 In today’s uncertain world, many young men are gravitating to an online world offering the illusion of ultimate control.

Research shows that the fear of social rejection has risen steeply. Today, six out of ten adolescents (and adults) describe themselves as “shy.” That’s a 50% increase since the 1980s.

This is, partly the result of technology, which has drastically reduced face-to-face - or even voice-to-voice - interaction.

Yes, thanks to the online world, we are “more connected” than ever before. But it’s the nature of those connections that has experts concerned, especially in the case of boys with limited social skills.

“In one sense, online communication enables the very shy to make contact more easily with others,” explains sociologist Philip Zimbardo, “though we believe it then makes real-life connection even more difficult.”

The effect is magnified as boys retreat to the perceived safety of online spaces, especially games and pornography. In both of these fantasy worlds, the risk of rejection is low to non-existent, and the ability to control outcomes - to “succeed” - is high.

The appeal to boys who are already lacking in social confidence can prove irresistible. And as time online ramps up and up and up, warns Zimbardo, “the external world shrinks to the size of Billy’s bedroom.”

Of course, girls enjoy gaming too, but they don’t rack up nearly the same amount of gaming screen-time: about five hours a week compared to boys’ 13 hours.

And the social isolation gaming encourages, can easily lead to more problematic habits around pornography.

What parents can do

Like every other expert on the impact of technology on children, Zimbardo urges parents to move their son’s computer or laptop out of the bedroom and into a shared space in the house.

Imposing limits on nighttime device use is also essential. A study by the National Sleep Foundation found enforcing rules around screen-time at night resulted in kids getting nearly an hour more sleep each night.

Interestingly, the same study also found that parents were up to three times more effective at enforcing rules when they removed their own devices from their own bedrooms.

As for gaming consoles, experts advise parents to follow a planned withdrawal program rather than force a child to go cold turkey.

“If a game really is the only place where a teen can feel in control, rewarded, and happy, then simply taking all of that away could be devastating for them,” says Game Addiction author Neils Clark.

Find out more, and start your free trial today!

Previous post
Looking for a 100% kid-safe app? Sorry, there's no such thing
Next post
What keeps digital parents up at night