Lingering coronavirus restrictions have seen kids’ gaming time go to the next level. Experts are still debating what all those hours spent in virtual battle is doing to their brains.

Whether it’s Fortnite or any other game your kids have discovered during lockdown, there’s no doubt that gaming keeps kids occupied. And that’s a big tick when parents are working from home, sports are canceled, and social contact remains limited.

But as most parents are already aware, many of the games kids crave feature some degree of violence and many story lines also freely reference drug use, sex, and criminality.

Some parents—and pretty much all game developers—insist that content like this has no impact on kids at all. But the research, and the expert advice based on it, tell a different story.

Does on-screen violence encourage violent behavior? Here the data is mixed, even contradictory.

One typical study—this one conducted by Swinburne University of Technology researchers in 2007—found some kids became more aggressive and others less aggressive after viewing violent gaming content. Most showed no change at all.

Other studies have found that on-screen violence can definitely incite aggression in children with specific personality types. Kids who tend towards neuroticism—who are more moody, anxious, and prone to frustration than average—and struggle with conscientiousness seem to be most affected.

Then there's the problem of what researchers call “selection bias”—that kids with pre-existing tendencies toward aggression are more likely to gravitate to violent content in the first place.

As if all of that wasn't puzzling enough, other research has determined that violent video games actually promote better, more pro-social behavior—and have even been shown to reduce crime.

What the experts say

The research in this area may appear to raise more questions than it answers, but the experts speak with one voice. Parents, they maintain, should err on the side of caution.

The American Psychological Association’s official position is that there is a clear link between aggression and game violence. Its task force maintains that prolonged viewing of violent content erodes empathy and reduces pro-social behavior.

The American Academy of Pediatrics’ report on virtual violence echoes this view. While acknowledging the pervasiveness of violent screen content in the lives of our digital kids, the “research shows that without guidance or controls it has the power to make children more aggressive, violent and fearful.”

The issue is especially acute for kids under six, who are not yet able to distinguish reality from fantasy. They should be prevented from viewing any type of media violence, the AAP advises, whether in games or on television.

What parents can do

Your children live in an online world—and there’s nothing to be gained by pretending otherwise. Their friends, classmates, and the wider culture they are growing up in, is a screen-saturated world. There’s a reason video-gaming is a $10 billion industry, and growing every day.

But accepting those facts doesn’t mean parents should relinquish their responsibility to manage their children’s screen-time—especially when it comes to violent games. (And yes, “cartoon-style” violence, while preferable to graphic blood-and-guts, is still violence.) 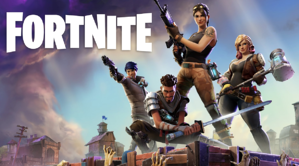 Without turning gaming into a battle royale between yourself and your child, here’s what experts recommend:

Monitor the Games Your Children Are Playing

It should go without saying that you need to be aware of the content your children are consuming, especially games that may be consuming hours of every day. If you’re unfamiliar with a game your child has or has asked to get, look up reviews online. Don’t just rely on the description of the game by its developers, or the age rating they’ve given it. See what other parents and experts have had to say.

Play the Game With Your Child

Not into first-person shooters or dystopian travels with blood-thirsty aliens? There’s a first time for everything. And don’t simply watch—listen. Many of the most popular games feature audio chat as well, and you’ll definitely want to hear, as well as view, the action. And remember, this shouldn’t be a “one and done” exercise. If your child is deeply involved in a particular game, you should be checking in for parallel play on a regular basis.

Frankly, whether the games your child loves to play are violent or not, experts unanimously recommend that parents set sensible boundaries around screen-time to safeguard both their emotional and physical health. Parental controls that can manage games across every device, everywhere—including gaming consoles—are the ideal way to do this.

Linewize offers software that allows kids to be kids – and empowers parents to be parents. With our content filtering, parents can help shield their children from risks and potential harms. From limiting online gaming, to managing screen time, we are here to help. Contact us to see how we can help you and your family today.

Use Family Zone to manage your child's gaming sensibly and flexibly, from your own device—and create a home where digital children thrive.

Find out how, and start your free trial today!

Previous post
Screens, sleep, and self-regulation: Which kids are most at risk?
Next post
TikTok just got safer… in theory