Hate-following: Why we love the drama 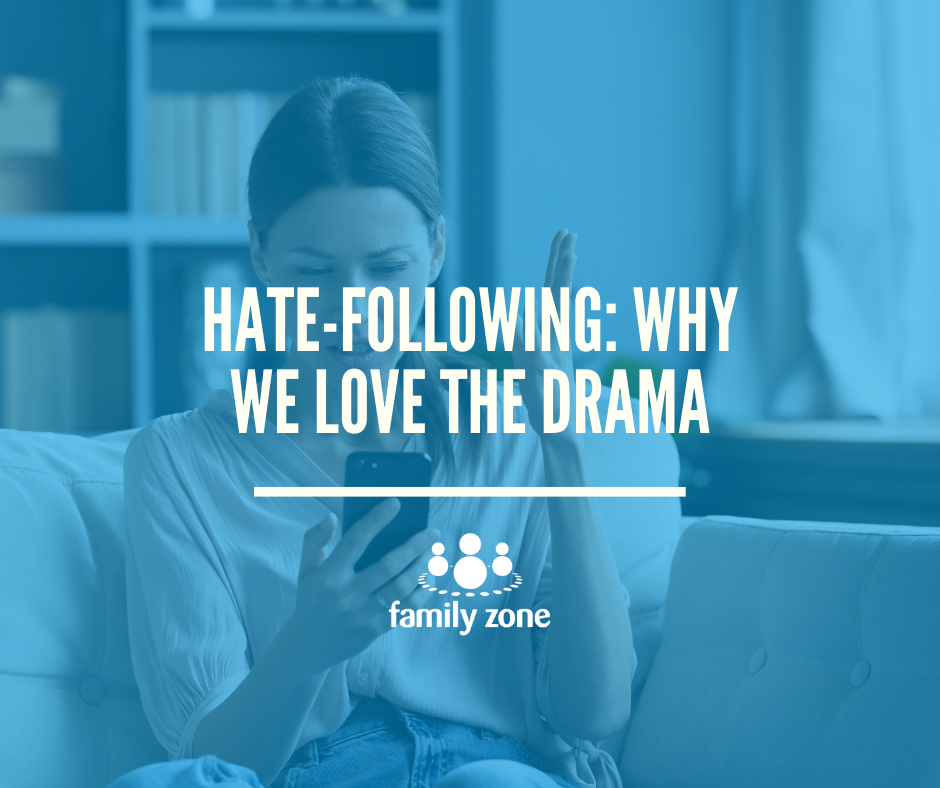 The people we follow on social media are not necessarily the ones we like, let alone admire. “Hate-following” is a thing.

Is there something deep within us that simply loves to hate?

In the good old days of social media - like 5 years ago - we used our favorite platforms to connect with friends and family and maybe a few preferred brands. Today, we’re just as likely to follow complete strangers.

And at least a portion of them will be people we despise. Experts call it “hate-following.”

What, exactly, is going on with this curious but widespread habit?

Why would we choose to spend virtual time with individuals who make us angry, disgusted, or scornful? What psychological purpose - if any - does hate-following serve? And what negative outcomes - if any - can it cause?

What it is and why we do it

First a definition. "Hate-following is deciding to follow someone on social media, even though you know you disagree with what they say or think they are a terrible person," according to University of Melbourne media lecturer Jennifer Beckett.

It's a common practice to follow people we don't admire, and may even feel contempt for.

Most people who admit to hate-following say it’s a bit of harmless fun - and they do it purely for the entertainment it affords. But Beckett and other social media experts believe there’s more to it than that.

Part of the attraction or the repulsion (so to speak) is simply that it makes us feel superior. And that’s a rarity for most social media users.

Too much of what we see on our favorite platforms does the opposite. It makes us anxious about our own lives. We experience FOMO looking at the happy times of others. We feel insecure gazing at the sculpted bodies and airbrushed faces of influencers we admire.

But hate-follows break that pattern and encourage us to feel better about ourselves. At least, we think, we’re not that bad, or dumb, or outrageous.

Professor Peggy Kern, a researcher at the Centre for Positive Psychology at Melbourne Uni, suggests another respect in which hate-following can be psychologically useful: It can give us a way of channeling negative emotions - something most of us have had more than our fair share of during the pandemic.

Directing your outrage at the social media presence of a stranger may help displace the anger you might feel towards your children or your partner.

Kern also points out that following people with whom we disagree strongly may be an effective way of combating the “echo-chamber effect” - i.e., a feed that reflects a single point of view, whether politically, professionally, or creatively. In that sense, theoretically, at least, hate-following can help expose you to other points of view.

What are the dangers?

So what are the dangers of hate-following?

For starters, the negative emotions aroused by encountering despised others online can produce “a bit of an endorphin rush,” says Dr. Beckett. And can also prove addictive.

And when that happens, the “entertainment” you think you're enjoying can have a sinister impact - lowering mood and subtly eroding your own self-esteem.

“You might be scrolling, getting that anger rush, but then all of a sudden hours have gone by and you hate yourself more for that,” notes Dr. Kern.

Psychologists say our own insecurity may drive us to project "badness" outward.

And how’s this for a sobering thought? Psychologists believe that what we hate about others are things we fear in ourselves. (Freud called this ‘projection.’) It’s our own insecurity about our “goodness” that drives us to project badness outward.

Psychologists believe that what we hate about others are things we fear in ourselves.

When hate-following gets out of hand, it can encourage an unhealthy tendency to dehumanize others as a way of propping up your own sense of self-worth. And seeing others as less than human is the royal road to bullying and abuse.

Dr. Beckett adds further caution about sharing posts that spark outrage. Sharing the outrage may seem like the ethical thing to do, but in reality, it often feeds the drama, giving oxygen to the hate.

"By all means point out that something is terribly racist, for example,” she says, “but don't share the content."

Experts agree that, in the end, you are the best judge of how healthy or unhealthy your social media habits are. How do you feel after you log off? If the answer is “worse than before I logged on,” you have a clear indicator that something needs to change.

They recommend too that you talk candidly to your older children about hate-following - and encourage the habit of reflection and self-checking.

Using social media mindfully, not mindlessly, is the goal.

Family Zone keeps you up-to-the-minute with the latest digital news and trends. Be sure your family is getting the best out of their online life - and staying protected from the worst - with our world-leading parental controls.