The 5 Real Costs of Online Gaming

With Christmas Holidays approaching, you can safely bet the gamers in your family will be spending bulk time online.

Gaming has always been a popular activity among young people. Today however, online gaming is far increasing in popularity than the traditional offline games we once played. The online gaming community once occupied by the die hard gamers of the world, is now viewed by young people as one they desperately want to be part of. Professional Gaming is now a highly lucrative career option, not unlike a sporting career where the exceptionally talented are given the opportunity to compete in global tournaments with prize pools of up to $20 million.  The desire to be as good at any given game as these pro gamers, results in a variety of impacts to young people’s health and well being.

After consulting with our cyber expert & Clinical Psychologist Jordan Foster from ySafe, on the impacts of online gaming among young people, we’ve highlighted the 5 key issues of online gaming and their real costs to your children. 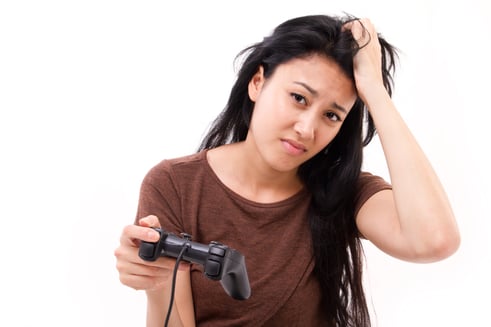 Talent and skills in gaming are crucial in the online gaming community. The most popular online games like DotA 2 and Counter Strike are designed to be played as a team, however causing a loss for your team can often result in an onslaught of vicious cyberbullying, the aim of which is often to cause a player to leave the game entirely. Younger children are targeted particularly harshly as they are seen as not belonging in the online gaming community because their skill level couldn’t possibly match that of an older, more experienced player. They are also impacted more significantly by online attacks, and are less likely to tell their parents because they don’t want their parents to ban them from the game. Similarly, as in physical sports, young people’s self-esteem depends highly on being accepted by team mates, which is an ongoing and uphill battle which some gamers will never achieve.

“Apart from the obvious verbal attacks, one of the most common forms of cyberbullying now is hacking. Tech savvy kids consider it fun to break into other people’s accounts and wreak havoc. The difficulty is that when these attacks occur, children are often reluctant to tell their parents, as they fear having their devices or games taken off them”, says Jordan.

The online gaming world is the perfect environment for online predators to groom children. Games attract predators because they know that there are lots of young children on these games. Also, playing games gives predators a reason to ‘compliment’ children, which is one of the biggest factors that occurs in grooming. Because children are looking for approval, this provides an easy way for predators to target the more vulnerable players who are being bullied. Now that the gaming world often includes microphone and webcam use, children are even more at risk of being identified.

Some online games are free to access, however almost all feature additional purchases or subscriptions required to maximize the game play experience. Cosmetics, which are different appearances for characters or weapons are occasionally free, but the rarer ones are not. Rarer and more expensive cosmetic items provide the player with a higher status within the game. An enormous variety of options are available for players to purchase. This industry alone is worth $4 billion globally. Gamers can also place bets on professionals playing around the world, as well as betting to win more cosmetic options which introduces gambling to children and teenagers well before they’re of legal age to do so in the real world. 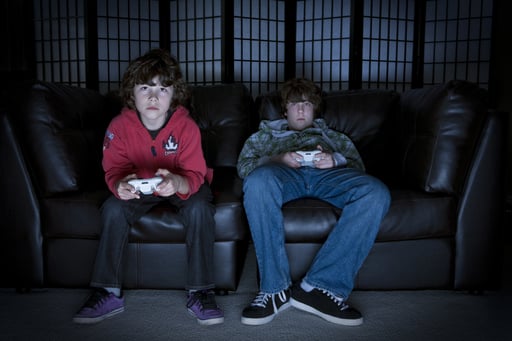 The addictive nature of online gaming results in an excessive amount of time spent in front of the computer. This, we already know is a huge issue for young people today. Younger children’s screen time can be easier to manage, however with school holidays coming up it can be much more difficult to manage teenagers screen time. A lack of sleep is only the beginning of health issues that can arise from excessive gaming. Other issues include carpal tunnel syndrome, back pain, eating irregularities, and even migraines.

Online gaming has also been reported to increase anxiety among players, primarily due to the bullying, but also the pressure of performance.  Some games require strategic thinking and planning, which can be a positive skill to develop in young people, however the risk of making mistakes and being berated can result in a heightened stress reaction or self-blaming for letting the team down.

Jordan advises, “Gaming can provide a positive outlet for children to develop their sense of teamwork and achievement when they do well. However, sometimes the scales can be tipped towards a more negative effect. Children who face bullying online, who are excluded from teams, or who do not perform as well as others can often experience anxiety and stress, which can then spill over into their offline world, impacting their focus at school and decreasing their interest in other social activities”.

We understand that managing screen time is incredibly difficult, especially with teenage children being left unsupervised at home during school holidays. We’re here to help though – Family Zone manages screen time, blocks dangerous or inappropriate apps and websites while your children are at home or on the go.

Previous post
Mean girls on social media: The worst thing—and the best—parents can do to help
Next post
How to talk to your children about sexting