Mean girls on social media: The worst thing—and the best—parents can do to help

It’s a fact. Your daughter is being bullied more often than your son is. So what can you do about it?

A recent study from Rutgers University found girls are more often bullied than boys and are more likely to consider, plan, or attempt suicide.

While pointing the finger at Instagram and Snapchat is too simplistic, the evidence shows social media is increasingly aggravating the risk.

Why girls are more vulnerable

Why? Simply because girls are more prone to ‘relational bullying’, which is social exclusion and/or rumor-spreading—and the online world is the perfect platform for it.

Relational bullying is invisible, which means it can go on for a long time before being discovered. And social media provides the perfect cover. As one expert noted, “It’s a grinding down process that can span years.” 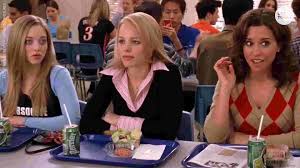 Girls are more prone to ‘relational bullying’ such as social exclusion or rumor-spreading—and the online world is the perfect platform.

What NOT to do

First, you need to know what will NOT help. Number one on this list is telling your daughter that bullying or harassment is a normal rite of passage. It’s not. Telling her “Hey, everyone gets bullied. Don’t let it get you down. Just stand up for yourself” will do nothing to solve the problem. In fact, it can actually compound the harm.

It’s important for parents to realize that today’s bullying—which largely plays out online, in secret, on social media—is very different to what they themselves may have experienced as young people.

How? In a nutshell, it’s the relentlessness of social media in a world of mobile devices. That means there’s nowhere to hide from the torment. It follows the victim around the schoolyard, on the bus, at home and right into her own bedroom.

What you can do to help

There is no magic bullet that will protect your daughter against online abuse or harassment. But there is plenty you can do to empower her. Here are the top tips cyber experts recommend:

Start early. The best thing you can do to inoculate your daughter against online harm—as victim or as perpetrator—is to raise them with compassion and respect. Sure, easier said than done. And yes, we all have moments where we lose it. But if you routinely discipline your children by yelling, name-calling or belittling them, aren’t you teaching them that bullying is okay?

Teach your daughter that bullying is about POWER. That means it’s not about her. It’s about the bully—and specifically about the bully's need for confirmation that they have the power to hurt. If they get that confirmation, you can be sure the behavior will escalate. Discuss with your daughter—preferably before she experiences any bullying—what kinds of responses can defuse the situation. (See Tip #4, below, for ideas.)

Consider not reporting the bully. Surprised by this one? Family Zone cyber expert and clinical psychologist Jordan Foster explains.

“Research tells us that only 37% of young people who are bullied report or follow up the bullying occurrences. Why? Possibly because they’re aware that 'threatening to take it further' behavior can simply provoke more bullying. What’s more, young people often feel as though schools don't do anything if they do report it.”

Remember, Foster says, bullying is dominance behavior—an attempt to elicit a reaction in order to gain or maintain power. From this point of view, the decision not to report the bully may actually short-circuit the behavior, because it removes the bully from the center of power and dominance to the margins.

Teach your daughter first-response strategies. Research shows bullying begins with verbal harassment—and how the target responds to the very first instance of that will determine what happens next. Whether the bullying will stop in its tracks, or continue and escalate.

So how do you respond? A negative retort will generally invite further hostility. On the other hand, silence may be interpreted as weakness. Foster offers two alternative strategies: 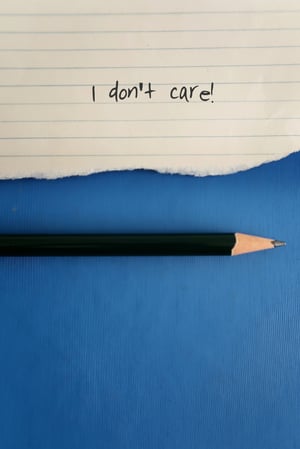 “Acting as if you don't care takes the power away from the bully’s words. So, if a bully says 'Jordan, you're really ugly,’ I could shrug and respond 'Dang, I really tried today too!'

“Alternatively, a positive response such as 'But you look great today!' disarms bullies. They may continue to tease, but by ensuring that victims don't give the response the bully wants (ie. an emotional reaction or negative retort), then the bully loses power and (hopefully) will get bored of antagonizing the same person.

Will the bullying stop immediately? Probably not, Foster says. But after a few unsatisfying neutral or positive responses, even the most determined bully is likely to back off.

Use parental controls. A recent study showed 7 out of 10 teens actually want parents to use parental controls to help them set boundaries around their social media use and general screen-time. Your daughter may not come out and say it, but she still relies on you to keep her safe, online as well as off.

Help them set boundaries around their social media use and general screen-time.