Cyberbullying is on the rise. But we can arm our kids with practical strategies that will help them contain and combat harassment - to become “upstanders” not “bystanders” to online nastiness.

By now, we all know the serious and lasting harm that online bullying can do. We are also probably aware that, since the onset of the pandemic, rates of cyberbullying have skyrocketed.

Research has shown a 21% spike in reported cyberbullying cases among children at the height of the pandemic.

The chances are good that our own children have been affected - whether directly as targets or indirectly, as painful as it may be to imagine, as instigators.

How parents can help

We can’t press a “mute” button and magically silence all abusive and bullying behavior online.

But we can arm our kids with practical strategies that will help them contain and combat online harassment - to become “upstanders” not “bystanders” to digital nastiness. 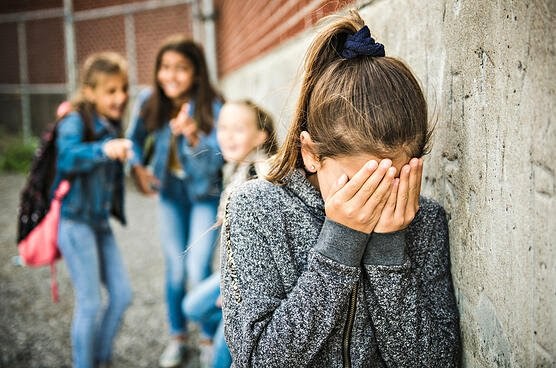 It’s no easy task, say experts. There are many reasons why kids may be reluctant to get involved as “upstanders.” Research shows that these can include:

But before you sit down for a conversation with them, here’s a tip: Avoid the word “bullying.”

Yep - it may sound strange, but experts say the word can be a turn-off to children. No one likes to think of themselves as a “victim” - kids least of all. What’s more, older children and tweens generally have a definite (but of course misplaced) conviction that they are invincible.

“Part of adolescent development is a belief that bad stuff doesn't happen to them and they don't make bad stuff happen,” notes social worker Madelyn Burbank of the Amita Health Behavioral Medicine Institute.

So skip right past the “B” word - and frame the conversation around the concept of “friends helping friends.” Why? Says Burbank, “Children may not believe something bad could happen to them, but they will believe it could happen to someone else.”

That’s exactly why she and other child behavior experts recommend the 3 D's. Developed by global anti-violence advocate Alteristic, it’s a proven strategy for resisting online bullying - or whatever you want to call it! - based on three steps that are simple enough for even the youngest child to understand.

DELEGATE. The second step is to tell someone who could help. The usual advice to “tell a trusted adult” may not be realistic or even effective for older kids.

Experts say delegating, or confiding in, a close friend of the person being targeted may be a better bet. Delegating may also involve reporting the incident formally to moderators of the relevant social media platform.

DISTRACT. Finally, encourage your child to do something to draw attention away from the situation. In politics, they call this “controlling the narrative.” Sometimes it can be as simple as changing the subject.

Humor can be a powerful force in distracting attention away from online abuse. “Flood the feed with silly memes and GIFs until it takes too much effort to get the conversation back on track,” suggests Burbank.

And the most important strategy of all? “Talking to your children and making sure they're prepared to act against bullying in all its forms,” she says.

“When we respond quickly and consistently to the behavior, we send a message that it's not acceptable and, over time, can be corrected.”

Be sure your family gets the best out of their online life - and stays protected from the worst - with Family Zone's world-leading parental controls.